The Mobile Device: A Brief History

It may not seem like it, but the mobile device is very much like the Internet. They’ve both only been around a short time, demand for each is massive, and their mere presence has changed modern life. Today, we’ll take a look at how the mobile device came to be and give you a brief look at mobile device history.

The invention of the radio in the late 19th century and the development of the medium in the early 20th century has more to do with modern day cellular devices than you’d think. As with most new technologies, two-way radio was used by militaries, used in the late stages of WWI, throughout the Russian (and October) Revolutions, and into the Spanish Civil War. Mobility allowed for enhanced communications, but that is a long way from the iPhone 11.

Over the next half-century, it became the go to mass communications method, effectively making it the first wireless consumer device. In fact, over 95 percent of American households had one by the end of WWII in 1945. Radios then went mobile. The development of the portable radio was the first time people understood the convenience of having portable technology. The worldwide reliance on the medium was incredible. In the 1950s, it took the television (a drastically superior medium) over a decade to supersede the radio as the predominant technology of the time.

In the early 1970s, technology had reached a point where the idea of a mobile phone was being bantered around. Prototypes were made, and the technology worked! The first set of wireless phones were added to luxury cars and train cars and other places where affluent people could take advantage of the technology.

The first cellular phones, the 0G generation were introduced to the market in the late 1970s. Meanwhile, personal computers were trending upwards.

Amazingly enough, it would take almost 40 years before the trajectory of the two markets would intercept.

In the early 1980s, something changed. Cellular technology began to improve, as did the form factors of mobile devices. In 1984, the Motorola DynaTAC 8000X Advanced Mobile Phones System was introduced. The phone, which weighed in at a whopping 28 ounces, cost $4,000, and took 10 hours to charge for 30 minutes of talk time. Irregardless, the device, and others of that era had great demand. Motorola sold around 1,200 phones in 1984 alone; and, based on that success, innovation was priority number one.

It took until 1981 for manufacturers to develop anything resembling what we would call a mobile PC. The Osborne 1 was the first, but it wasn’t practical at about the size of a suitcase. The Epson HX-20, a PC that had a four-line display and used a microcassette to store data, would forever be known as the very first true laptop.

Just like cellular phone technology, the innovation of the laptop was moving faster.

By the mid-90s, mobility had started to become a priority for consumers. The huge, brick-sized cellular phones of the 80s were replaced by smaller, more portable devices. They also dropped significantly in price. Cell phones such as the Nokia 5110 made cellular calling commonplace.

On the mobile PC front, the laptop form factor of the ‘90s largely resembled the laptops we use today, the first touchscreen devices started to pop up, and mobile networks started to become better at transmitting data.

In the same era, major PC manufacturers began to make laptop computers. These devices regularly fetched $3,000 or more. Once supply started reaching the public’s insatiable demand for these devices, there was a rapid reduction in price. Device manufacturers such as HP, Dell, and Compaq took advantage of the computing boom, and grew quickly.

Cameras started to show up on devices in the late 1990s. It became obvious that cell phone device demand, as well as access to the brand new World Wide Web was pushing innovation. As a result, each year it seemed as if the new phones were getting more features, were better constructed, and dare I say, smarter.

In the dawn of the 21st century, more and more people had a cell phone. Constant innovation of hardware, software, battery technology, and more were powering a technology boom like the consumer world hadn’t seen since the advent of the color TV.

At this time, device manufacturers such as PALM, Nokia, and Apple started putting together the smartphone; devices that could function like a computer in your pocket. Then, in 2006 Steve Jobs unveiled the iPhone. The launch of Apple’s iPhone in 2007 set the standard for what consumers would come to expect from their devices.

Luckily for consumers, the establishment of the iPhone was quickly followed by ‘copycats’. Dozens of other electronics companies started to put together smartphones. The companies may change, but this competition is still raging away today. Today there are 3.5 billion smartphones, most of which are powered by the Apple App Store and the Google Play Store. With millions of apps on each, the smartphone is now the predominant computing device in the world.

How Smartphones Have Changed Business

Today, the manner in which we communicate, collaborate, and compute has completely changed. These devices have changed the way that people can be productive. This uptick in mobility has helped develop the following changes:

The smartphone is one of the best tools you can use. Today’s options are more powerful than ever. For more information about how to maximize your business’ productivity through mobility call the professionals at Link High Technologies Inc. today at (973) 659-1350.

Facebook Twitter LinkedIn
Tags:
Business Computing Mobile Devices Smartphones
Tip of the Week: Fixing a Slow Internet Connection
Is there a Difference Between Restarting and Just ...

More posts from author
Friday, 03 April 2020 How is Your Business Going to React to a Crisis?
Wednesday, 01 April 2020 Tip of the Week: Eight Ways to Optimize Remote Productivity
Monday, 30 March 2020 Backup System is a Crucial Tool when Disaster Strikes 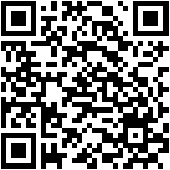