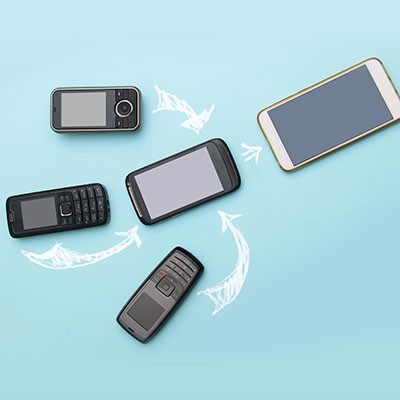 There is no question that smartphones have assimilated into our daily communications, both on a personal level and in the professional sense. Apps allow us to be social, to accomplish work-related tasks, and yes, kill some time with the latest silly trending game. Of course, as time passes, these devices only grow more advanced. If you’re due for a replacement, you may want to examine some of your options before pulling the trigger.

Now, the phones we are reviewing might seem like overkill – and, in fairness, there are many more budget-friendly options that can handle most of what you’re likely to task them with. However, the lure of a new device can be tempting, so we decided to indulge that temptation and go over some of the best smartphones available today.

If you’re looking for a quality Android device, you’re probably leaning toward the Samsung Galaxy s10 Plus. The newest addition to the line of flagships, the s10 Plus comfortably ranks at the top of many “best phone of the year” reviews.

With an aluminum frame housing the 6.17 oz phone and its Dynamic AMOLED display, the Galaxy s10 Plus is finished in Gorilla Glass 5, and has sharper edges that previous models did, intended to improve the grip of the device.

Looking inside, the phone has some just as appealing specifications. Driven by a Qualcomm Snapdragon 855 processor and between 8-to-12 gigabytes of RAM, this phone makes improvements to the rest of its features as well. There are five onboard cameras, with wide angle, ultra-wide angle, and telephoto lenses. The onboard fingerprint reader for authentication purposes is now cunningly hidden under the display, and the s10 Plus is likely to be the last flagship phone that Samsung produces with a 3.5mm headphone jack.

The Galaxy s10 is now the standard for an Android phone to beat (at least until the s11 comes out) and can be purchased in the following colors for somewhere between $599 and $1,200:

You probably remember the dramatic news a few years ago that the battery’s tendency to explode had led to a million-device-plus recall on their Galaxy Note phones, ultimately costing Samsung more than $5 billion. The issues have long since been resolved, and so the Note 10 Plus might just be the best large-factor phone for the business professional on the market today.

Again, enclosed in an aluminum frame with a coat of Gorilla Glass 6, the Note 10 Plus comes with a 6.8-inch Dynamic AMOLED display and an on-board s-pen stylus. Also featuring a Qualcomm Snapdragon 855 processor and up to 12 gigabytes of RAM, it is powered by a fast-charging 4,300 mAh battery. This battery is also QI wireless charging-compatible, and supports reverse-QI charging, which allows you to use it as a wireless charger in a pinch. It has Android 9.0 installed at first, but can now be updated to Android 10 with certain carriers.

Most major carriers stock this phone for between $849 and $1,200, in Aura Glow, Aura White, Aura Black, and Aura Blue.

Apple is surging back into prominence with the iPhone 11 Pro Max, which consistently ranks in the top three of phones developed in 2019. A stainless-steel frame holds its 6.5-inch Super Retina OLED display, as well as an advanced neural engine-improved A13 Bionic processor to boost the iPhone’s trademark features – namely, Siri’s performance as well as the functionality of its camera and AI. Along with the A13 chip, the inside holds 64 or 512 gigabytes of onboard storage space and four gigabytes of RAM.

Speaking of the camera, the iPhone 11 Pro Max houses three distinct 12-megapixel cameras, featuring a telephoto lens, a wide-angle lens, and an ultra-wide-angle lens. Most major carriers offer it for about $1,100, and it comes in SpaceGray, Gold, Silver, and Midnight Green.

This phone marks Google’s latest effort to carve out a portion of the smartphone market. Again, powered by the Qualcomm Snapdragon 855 processor, the Pixel 4 XL really shines where its visual features are concerned. With 537 pixels crammed into every inch, it features a 6.3-inch P-OLED display, as well as one of the best camera setups available today – including a 122 megapixel wide-angle lens and a 16 megapixel telephoto lens with impressive low-light capabilities.

The Google Assistant can be summoned by simply squeezing the Clearly White, Just Black, or Oh So Orange phone.

Of course, not all of this year’s “flagship-level” devices are necessarily produced by the biggest companies, as dozens of smaller manufacturers are also developing high-performance smartphones. For instance, the OnePlus 7T Pro. This device is all about the speed of the user’s experience, which is why they augmented its flagship-level specifications with a 90 hz refresh rate, making it seem even faster.

The 7T Pro doesn’t exactly underperform in other considerations, either. With a 6.7-inch fluid AMOLED display that houses a fingerprint reader, it actually runs on Qualcomm’s creme de la creme processor, the Snapdragon 855+. With three rear-facing cameras and a front-facing selfie camera that pops out of the chassis when used, the camera notch has been eliminated. Finally, because price is always a consideration to some degree, this phone does the least damage to your bank account of the ones we reviewed here with the 8 gigabyte RAM model totalling around $699.

Finally, there are other phones that, while not included in our list, are definitely ones to consider under the right circumstances. These include the Huawei Mate 30 Pro and P30 Pro, the Sony Xperia 1, the LG v50 ThinQ, and the Samsung Galaxy Fold.

We included the “right circumstances” caveat because there is currently a ban on Huawei devices in the United States. Despite their superior hardware, government sanctions have put the kibosh on Huawei products for the time being.

Other devices are also just starting to rise in popularity, like those featuring foldable displays – including the Samsung Galaxy Fold, the Huawei Mate X, and the nostalgia-pumping Motorola Razr. We’ll likely soon see how these foldable devices are received on a wide scale.

Finally, there is also the advent of 5G to consider. A few cities have started to implement the necessary technology for 5G, and so manufacturers will likely start developing 5G-compatible devices before long. While it will likely take years for 5G to become the standard, if you happen to spend time in one of these cities, it may be to your benefit to upgrade.

What device do you currently use? Do any of these interest you, or did we miss one that you’ve had your eye on? Let us know in the comments!